NewMUN is an interactive platform for students to research on topics, debate on an issue, and learn how to make solutions for the today's problems.

NewMUN requires active research on the delegates' part to an issue given among the council and gather points to show the validity of a preferred solution.

Delegates get the cance to form solutions for the Issues in their Council, just like a UN Council takes for the World 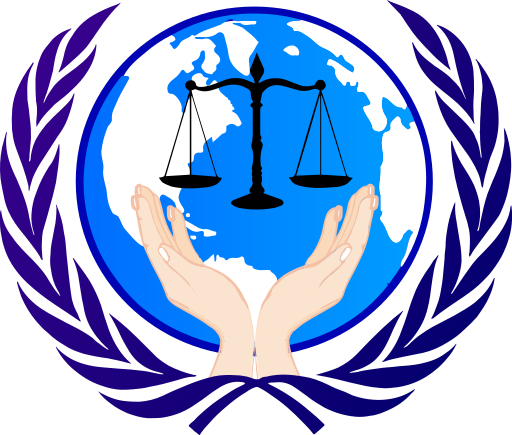 An MUN conference is a great experience and a must-be-explored event.

The NewMUN has two glorious years of success, with smiles of satisfaction on every delegate's face. We have been improving every year with revolutionized topics, more debates, and well-organized!

Check out the video, to get a glimpse of NewMUN Chapter II

NewMUN has students representing countries or people and fight for their issues and concerns, and come to a solution.

NewMUN is organized for all students, from Grade 6 to Grade 12.

Alina Regy, a student of Grade XI of the science stream will be chairing the International Press of NewMUN chapter III. She has attended a total of 4 MUN’s having a good amount of experience and considers it as an opportunity to express her thoughts and views as it is her first time being a chair in an MUN conference. She has been in the IP for two years. It will be a great chance for her to help others to bring out their point of views on certain issues. Alina, being the head of journalism as well will also play a vital role in engaging with the other journalists in helping to take decisions well and to fulfil their duties and responsibilities with honesty and dedication. Apart from all this she will make sure that there will be amount of communication between people to avoid confusions in the future. In this way it proves a healthy relationship amongst each other. Besides all this, she’s a very cheerful person and involves herself in many other activities. She would like to make this experience a fruitful one, helping and guiding the other Journalists to do their best…

Neha Mohanan is currently studying in 12th grade in the commerce stream and will be chairing UNEP. She is a very vibrant, outgoing and a social person. Public Speaking and Debating was something she was always interested in. She believes MUN is the perfect platform where students can discuss their concerns on the issues affecting the world and also gain self confidence and overcome their stage fear. Apart from this she is also very passionate about music and is a very ardent singer. She loves watching movies, Bollywood in particular. She loves trying and experiencing different things in life .She is absolutely enthusiastic about chairing an entire council of dynamic delegates bubbling with ideas and potential.

Kaif Jhangeer, chairing SOCHUM who once suffered a terrible stage fright, now eagerly seeks a chance to speak on a stage and believes that MUNs were all that got him to this stage. Being an extroverted introvert, he always had a hard time dealing with new people, however he believes that working and meeting people with different personalities in MUNs has gotten him over stage fright. He strongly believes in equal rights and also has several libertarian views. He is also a skilled martial artist with a black belt in Korean martial arts and has 1 year of experience in MMA. He now never misses a chance to participate in MUNs and encourages others to do the same. Kaif looks forward to having an interactive and engaging session with all his delegates.

Faiha is a grade 10 student of the New Indian School. Being a passionate and whole hearted MUNer, she believes that MUNs provide a strong foothold for students to broaden their worldview as they have helped her develop personal key skills in research, public speaking and has helped her create personal opinion. Having been a part of Model United Nations conferences since the 8th grade, Faiha has taken part in 6 MUNs as a delegate and has won several accolades. As an individual, she is very meticulous, hardworking, cooperating and is an avid reader who also plays the piano. A civil service aspirant, she desires to bring about radical, positive change in the society and economy of her home country. She truly looks forward to making the conference an engaging, memorable and simulating experience for all delegates and hopes to jointly come up with innovative solutions to bring to a close the threatening issues our world faces today.

Jessica Lawrence, a student of grade XI will be chairing the International Press at the NewMUN 2019. Having attended 4 MUNs, she considers it a platform where one can voice out their opinions on global issues, broaden their perspective on global scenarios and simultaneously enhance their skills in debating and negotiating alike. Furthermore, she also acknowledges the crucial role that journalists play in the decision-making process as they convey information to the citizens on the policies being made by the decision-making system, thereby sustaining its transparency and credibility. If conveyed in the right way by an unbiased journalist, it ensures that the decisions made are in accordance with the people’s will and helps avoid the misconceptions revolving them. Hence it is vital that a journalist accomplishes the above in order to maintain a healthy two-way conversation between the government and its citizens. Besides her passion for debating and reporting, she enjoys reading news articles, playing badminton and cooking. She would like to make the most of this opportunity by guiding the aspiring journalists into the world of journalism and make this experience worthwhile.

Aayush is a man of the world, motivated by a desire to attain excellence. Calm and composed with a great sense of humour, he is either seen with a camera or a book in his hand. Already in the Computer Science Stream of Grade 11, he still remains undecided about his future career path, since his ambitions change day by day. He’s also an exceptionally good listener and tries to keep the team spirit high. Winning numerous awards for his art of photography, he says that photography is more like a ‘Professional Hobby’ for him. A talented Badminton player, Aayush has participated in many cluster competitions, bagging numerous prizes. Earning a Black Belt in Karate, he has also trained numerous junior students under him. He states the NEWMUN has helped him achieve the ability to speak confidently in various occasions and waits with excitement to offer his services to make NEWMUN reach new levels.

Aaron Joseph, Chair of the US Senate, is a 12 th grade student pursuing commerce. Introduced to MUN in the 9 th grade, the first one being BritMUN, he joined the US Senate council, not knowing what it could be. Fortunately, he gained interest on the topics they had discussed, and there rose his passion for MUN; wanting to engulf his views among the other senators. Although in the beginning he fumbled quite often, he has now evolved and audience are astounded by his exuberant performance, transformed by years of MUNing. "Our discussion was primarily based on the issue of illicit immigration into the US state which really sparked my interest towards to the senate" he says As sessions moved on, he was found with great enthusiasm to shoot forth question and brave enough to raise his placards at any opportunity. ‘Although it had been a nerve-wracking experience, my first MUN conference made me more excited to debate and learn about the world around me.’ he said This helped him to be more of an extrovert, which in turn led him to communicate and reach out to many people, and guide others to explore something new. So far, he has attended 5 MUNs and NewMUN chapter 3 would be his first chair experience. "Chairing US senate is probably what I’ve been waiting for so long, and I’m really excited for this upcoming NewMUN, I hope it would be a productive and most importantly a memorable MUN’" Apart from MUN, he enjoys playing instruments like guitar and keyboard, and is also passionate about football and cooking. Aaron welcomes you all to the Senate, and wishes you the best of luck for the conference!

Zuhair Ahmed is a grade 10 student at the New Indian School, Bahrain. Wiith 2 best speaker awards under his belt, he wishes to test his leadership skills in the upcoming NEWMUN III. Having been pushed to participate in his first ever mun conference by his teachers with only the thought of good food in his mind, in a surprising turn of events he found himself bursting with passion with each passing session, raising his placard whenever he got the chance. "All the ideas gushing through my head had me trembling with excitement" he remarked. His overwhelming confidence and open mindedness always sets the atmosphere in the room and he enjoys teaching as much as learning. Being a coach and a black belt martial artist, he is undoubtedly very confident in his leadership skills. "The atmosphere of the international competitions I’ve been to is something i want each and every one of my delegates to experience in council". He enjoys cooking, crochet, woodworking, gardening, running, biking, sketching, editing and spending time with friends and family, and hopes to have a fruitful mun experience with everyone.

Apurva Ramakrishnan, Secretary General, is a Grade 12 Humanities student who has been actively involved in debating, public speaking and MUNing for as long as she can remember. Having participated in over 12 MUNs, both as Chair and Delegate, Apurva is a firm believer that MUNs are the best possible platform to combine the worlds of debating and contemporary politics, and find a solution to the issues that plague the world today in a manner that is both innovative and fun! Having grown from an introvert who barely spoke during her first MUN, Apurva believes that an MUN has the potential to bring out the best in you, and that every MUN has something new to offer, be it knowledge or friends. She encourages everyone to broaden their horizons; to evolve from being merely a student to an enlightened citizen with a strong foothold of an opinion. As an individual, Apurva is very creative with a flair for new languages (French in particular!) and loves to read, write, debate, do sports and sing. And when she’s not debating or doing sports, she can be found in some corner forcing her friends to endure her torment of bad puns! Apurva looks forward to welcoming you all to the conference and wishes everyone the best of luck. Happy Debating!

We are working on it! 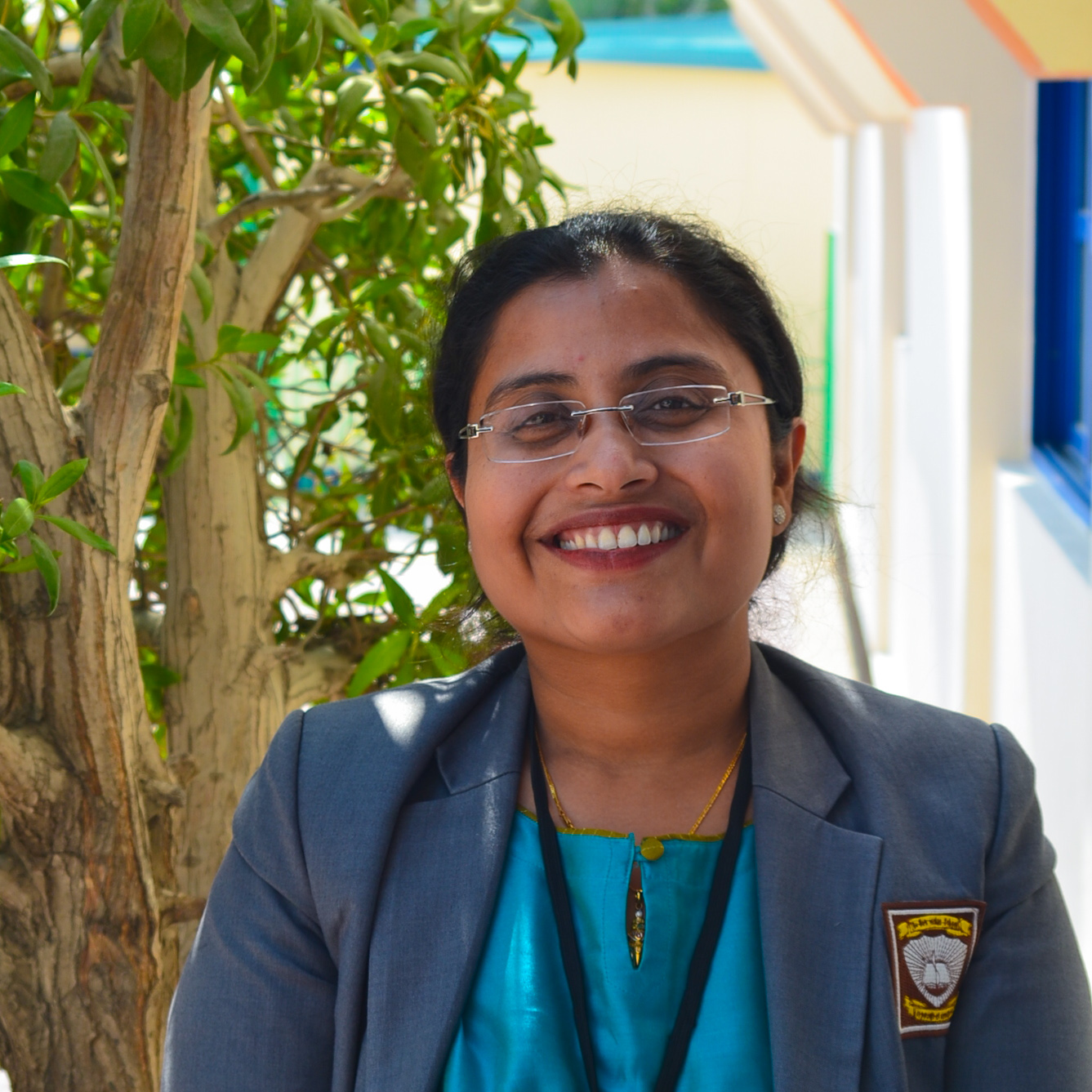 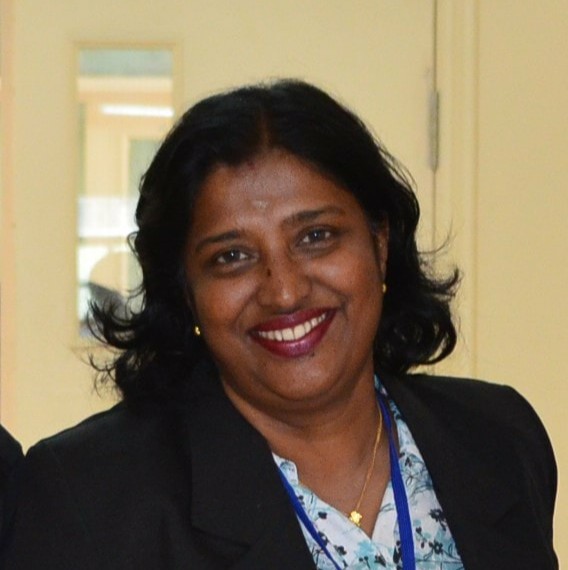 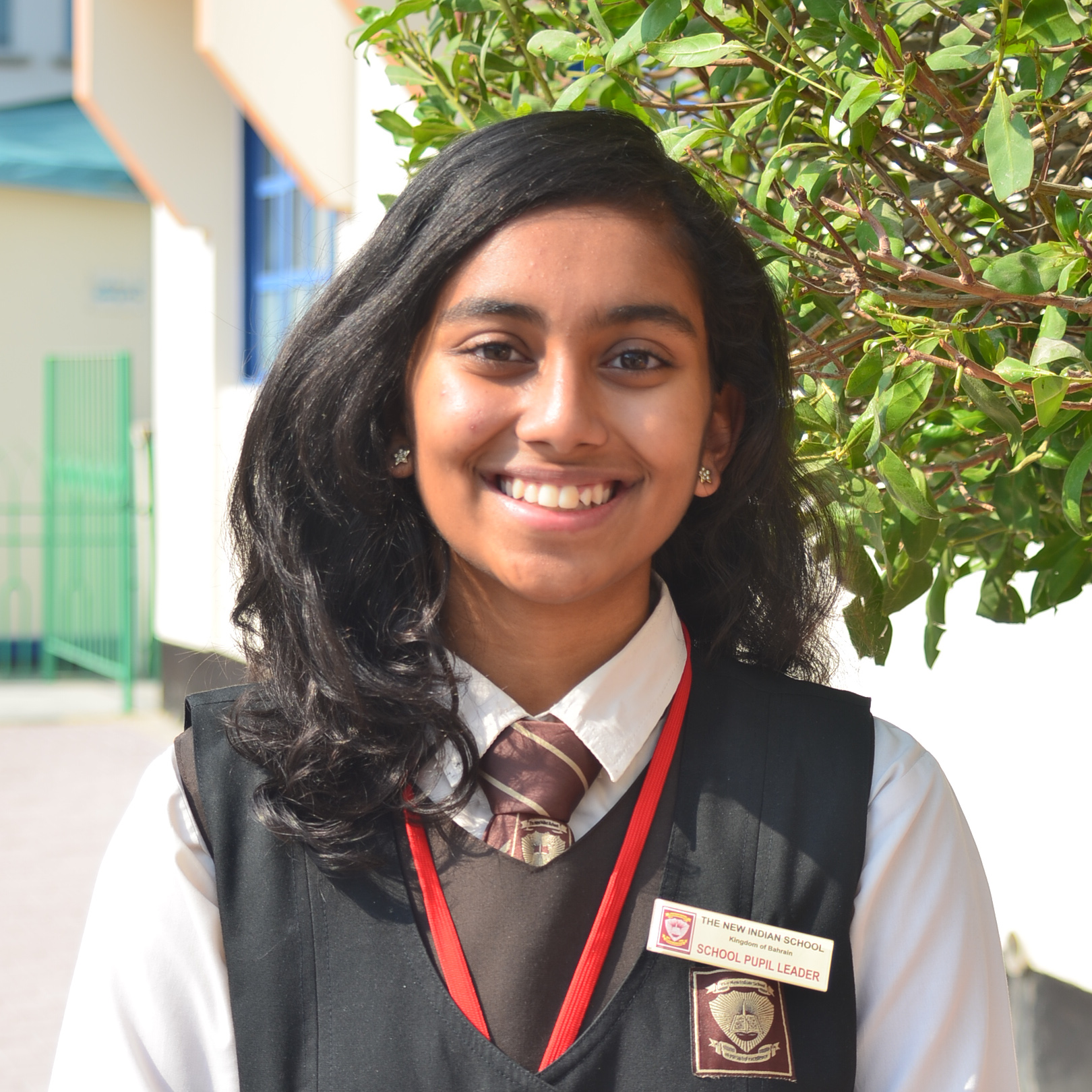 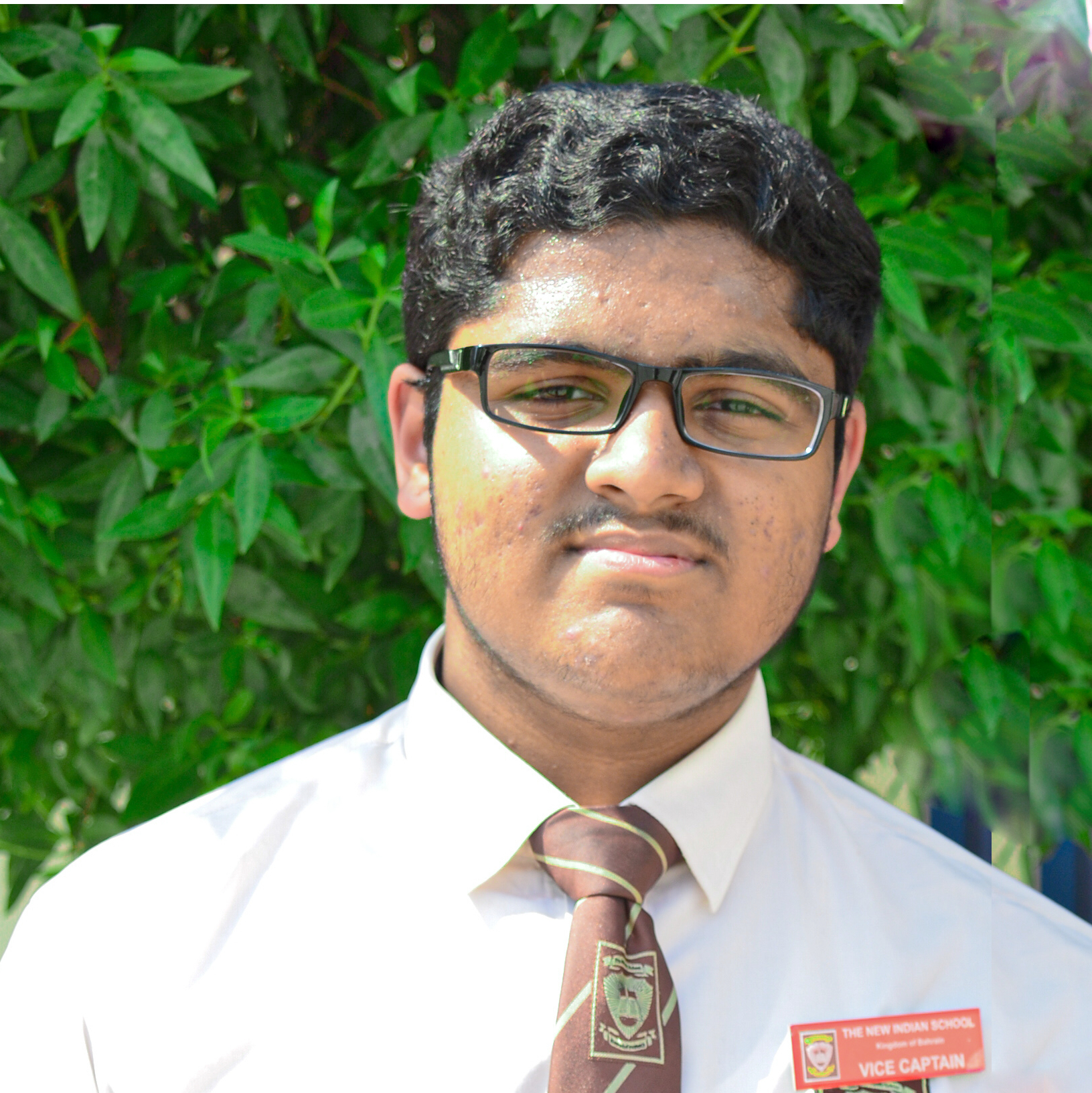 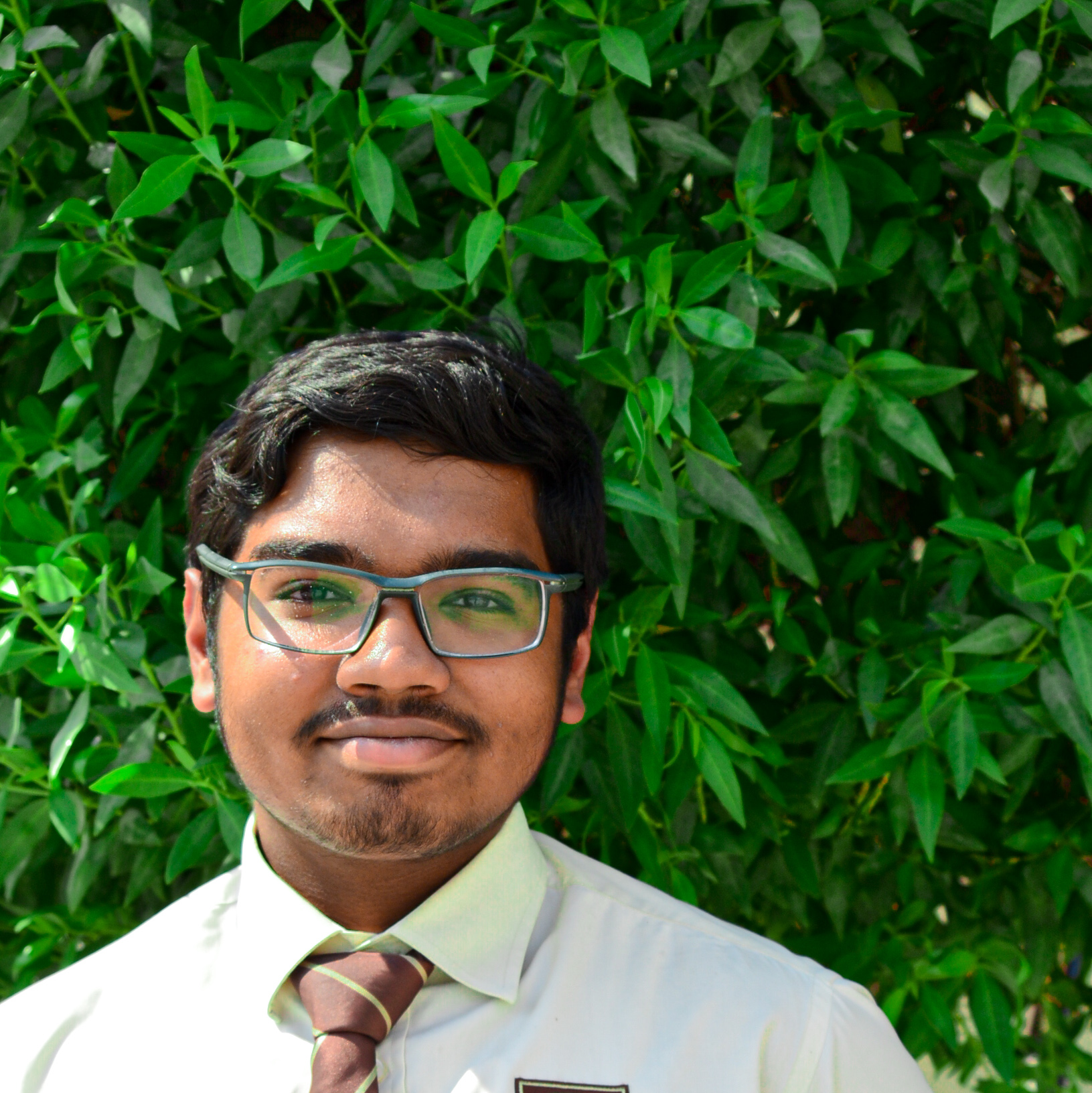 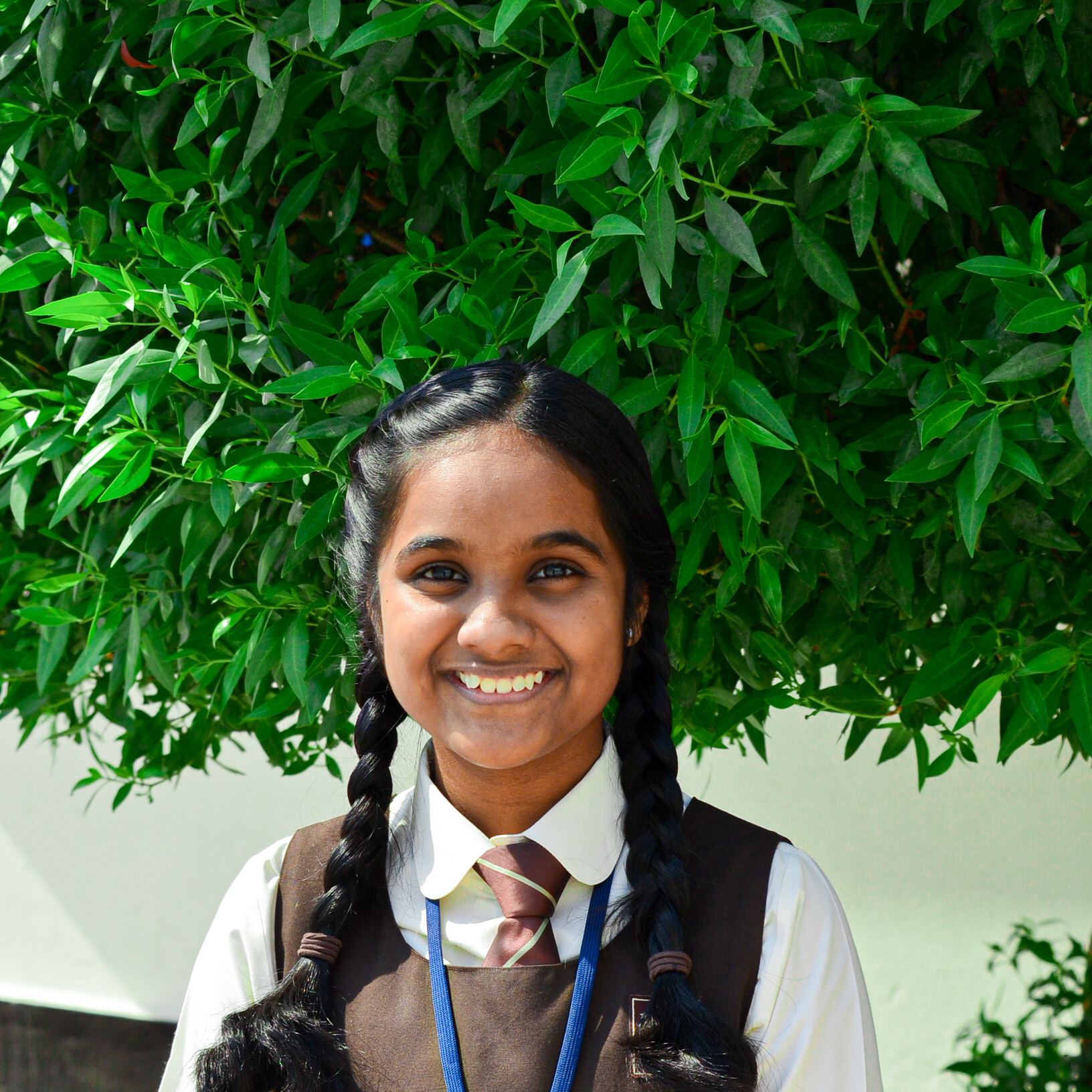 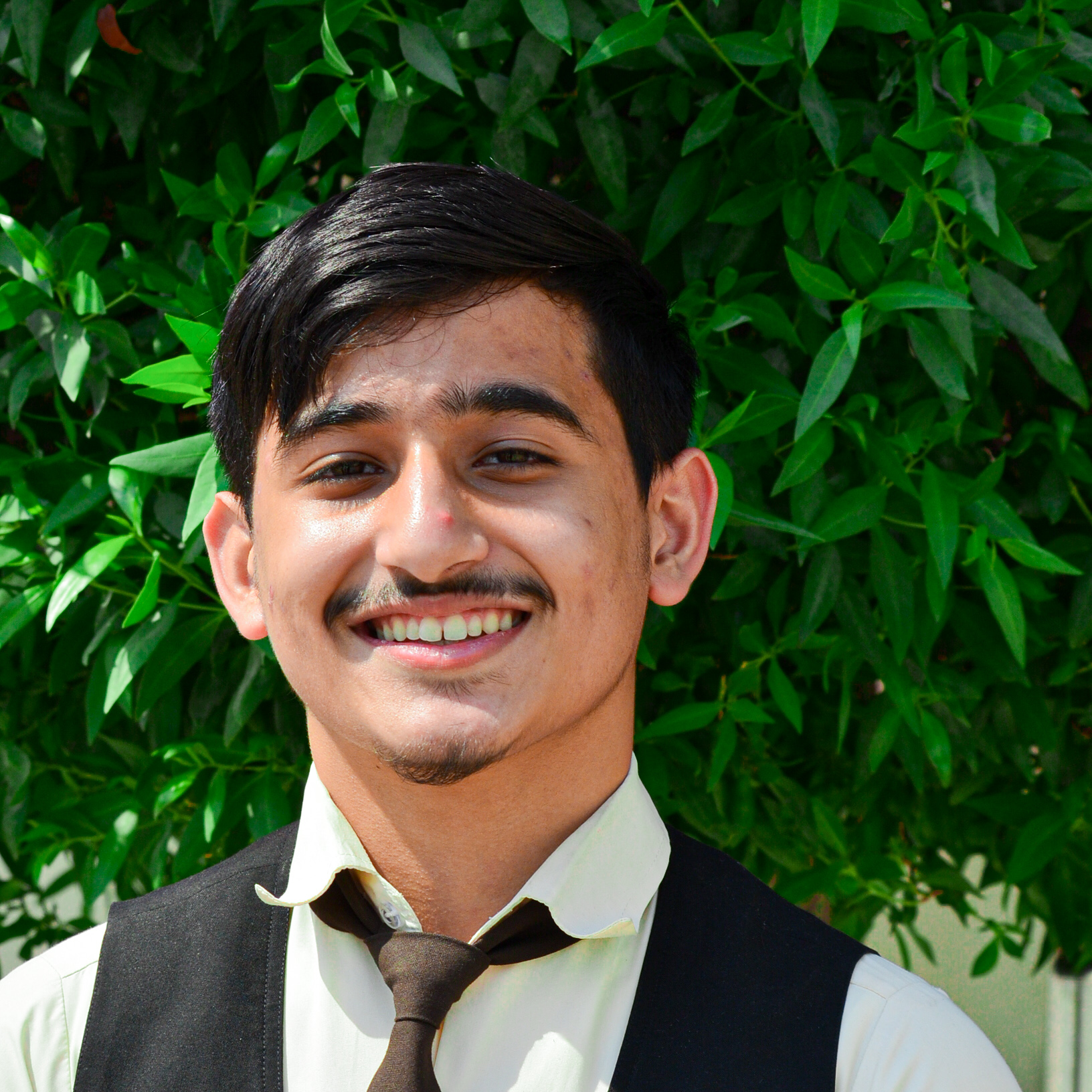 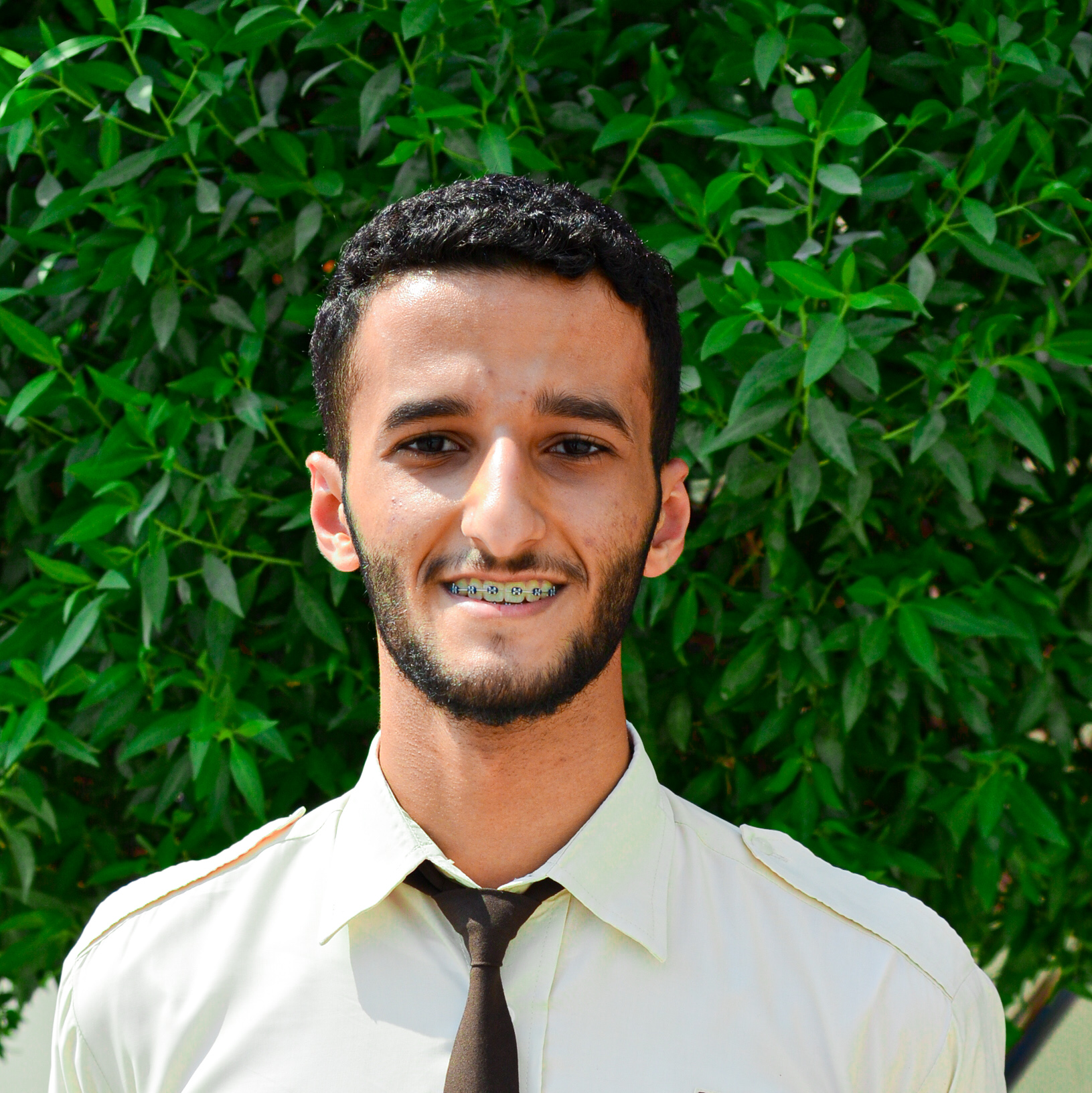 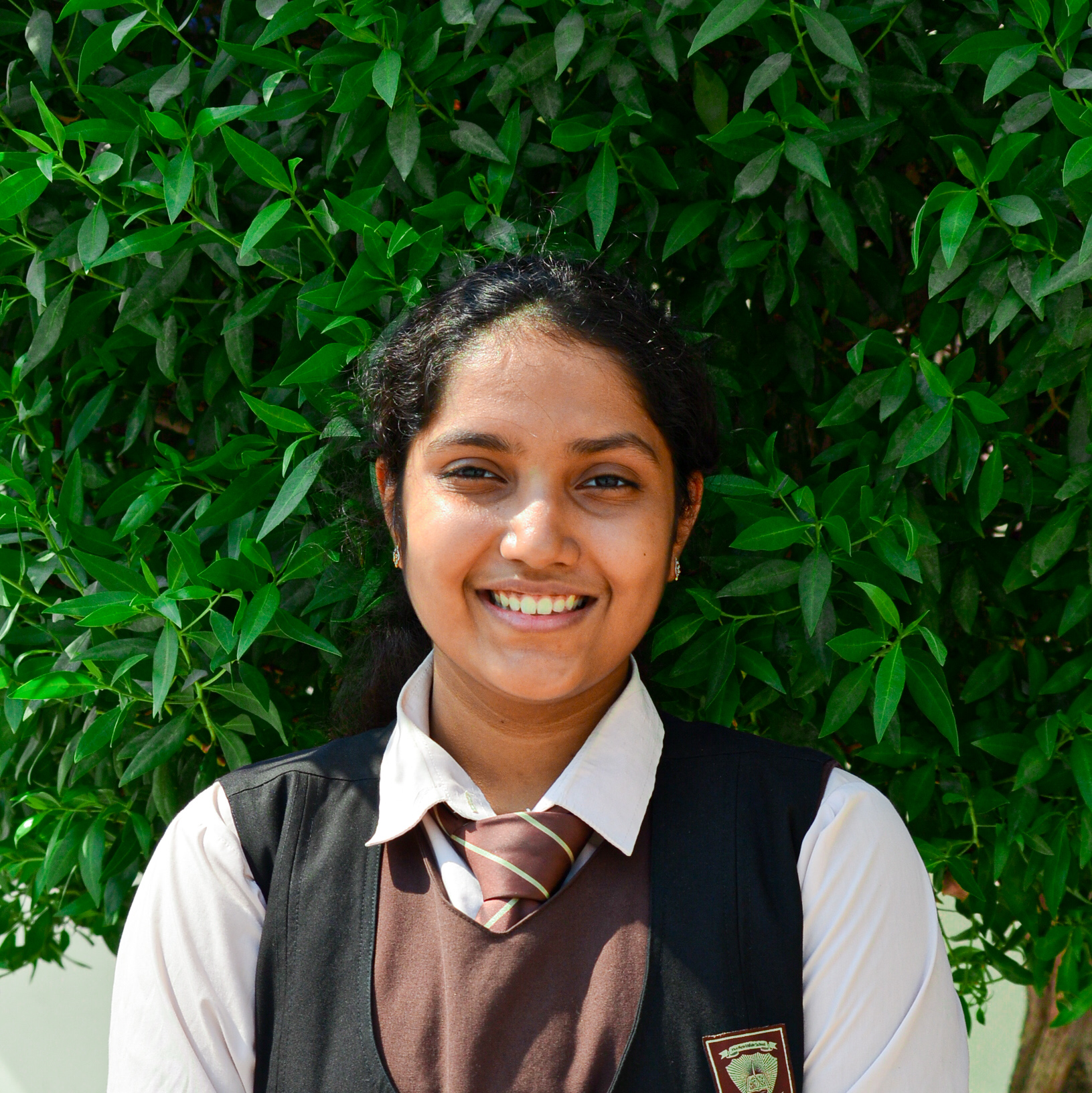 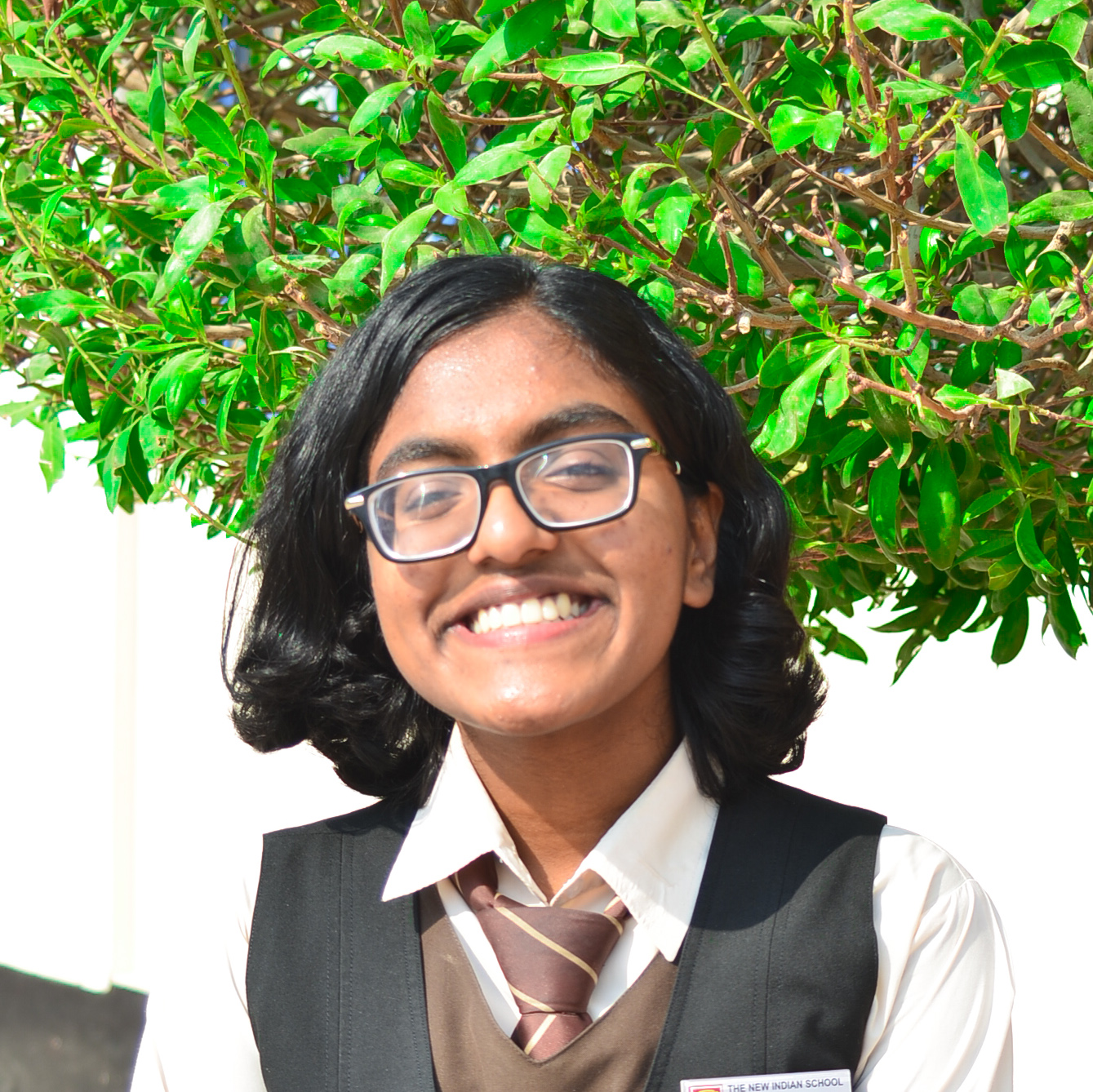 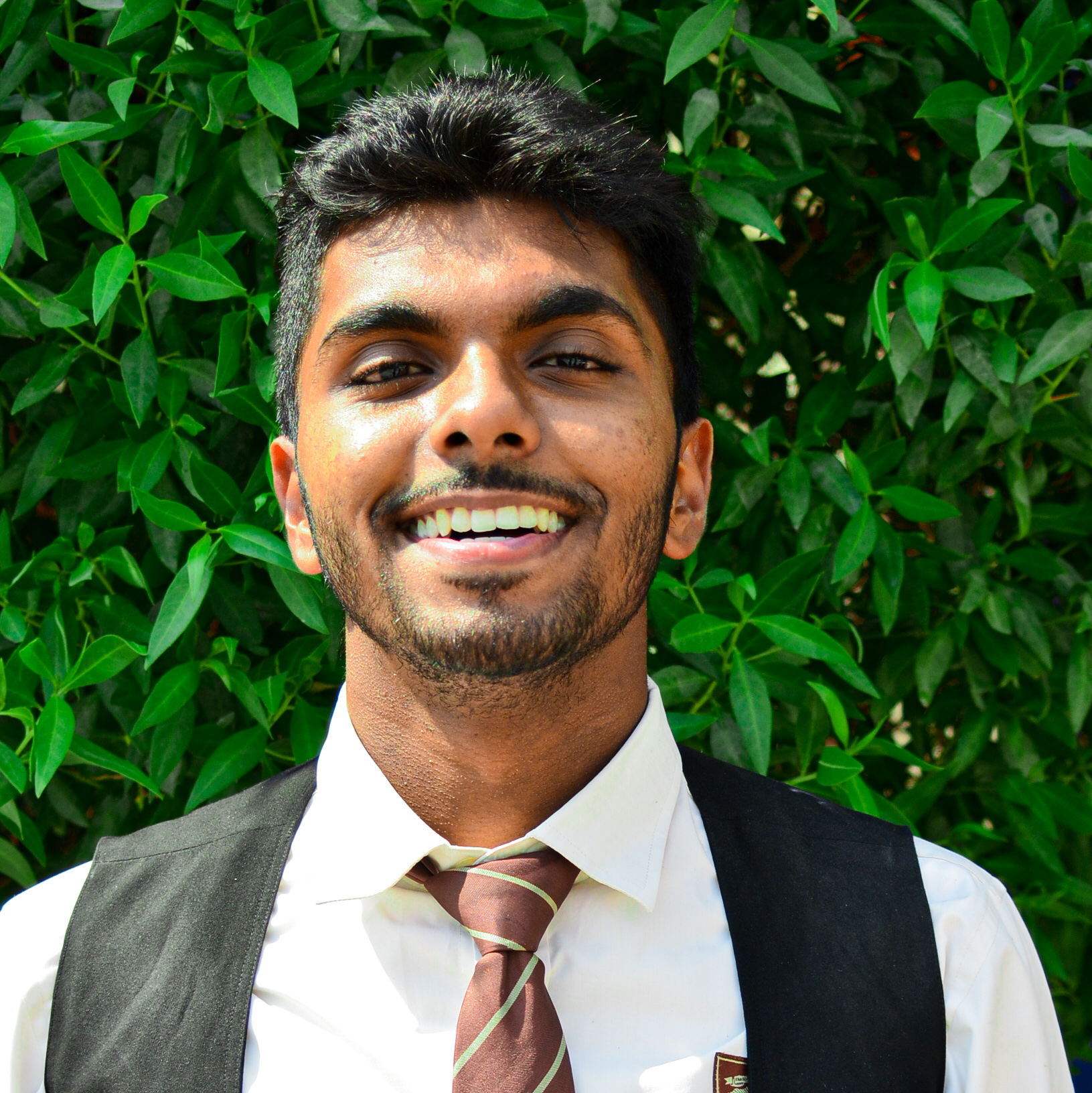 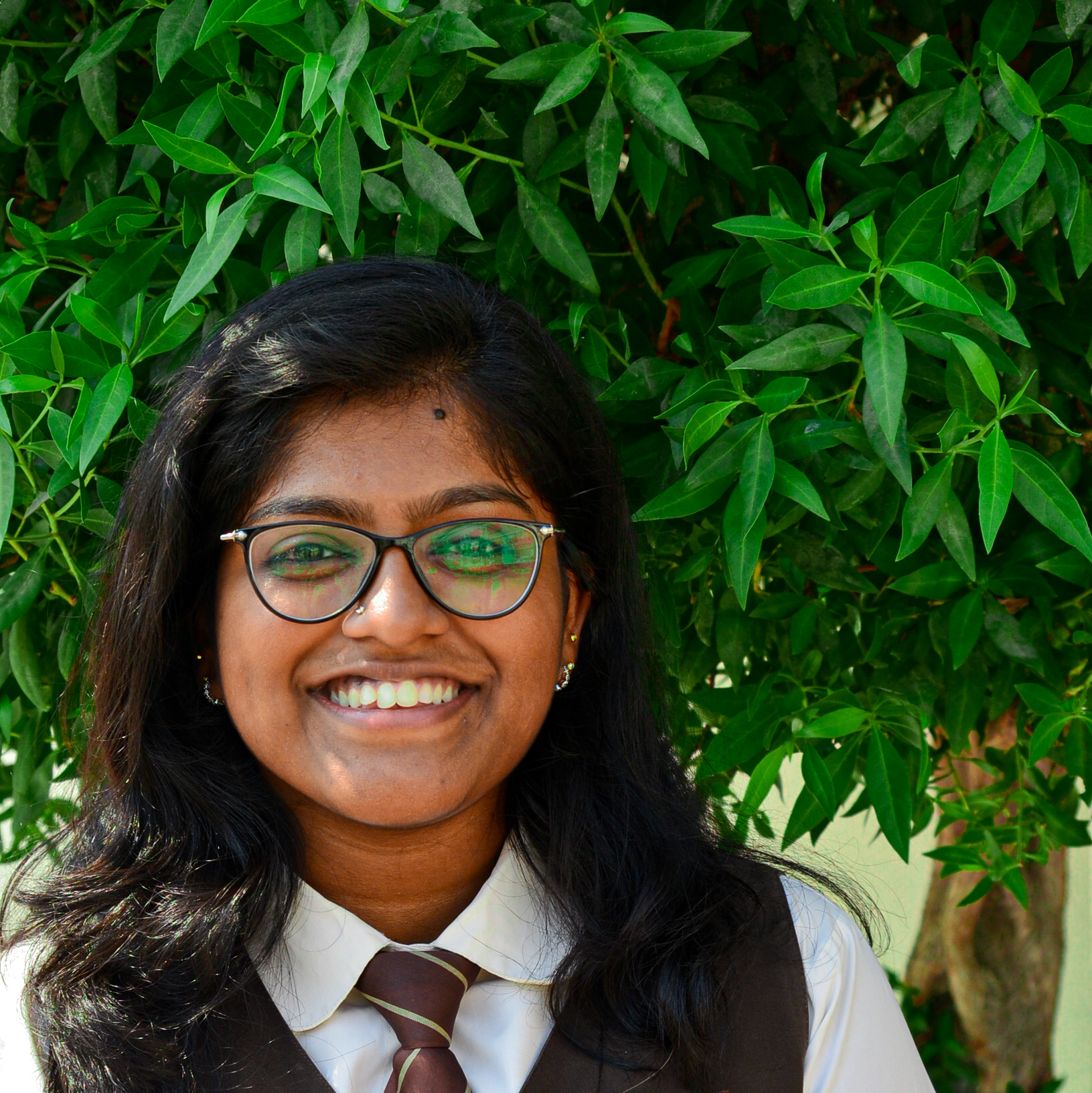 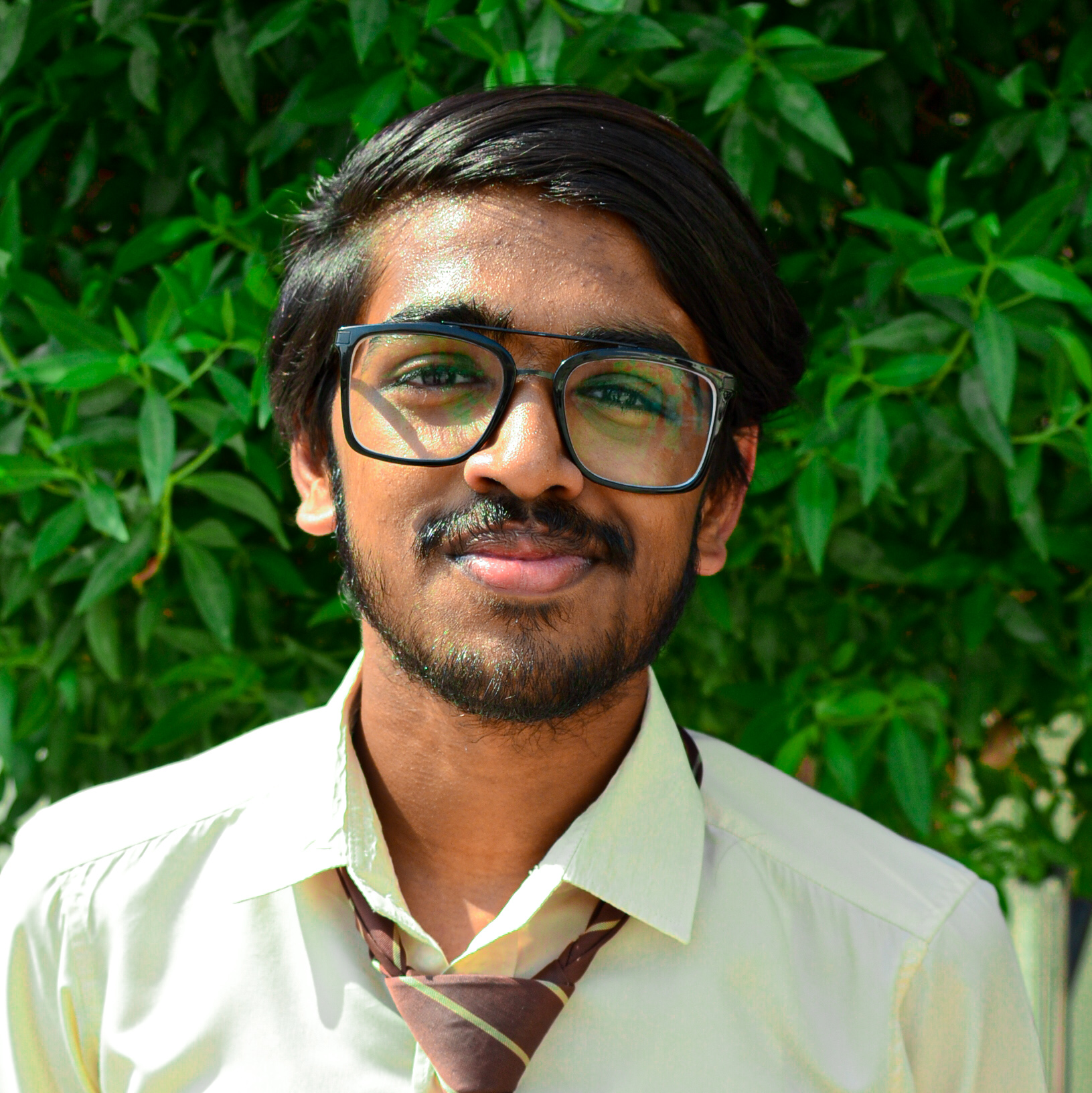 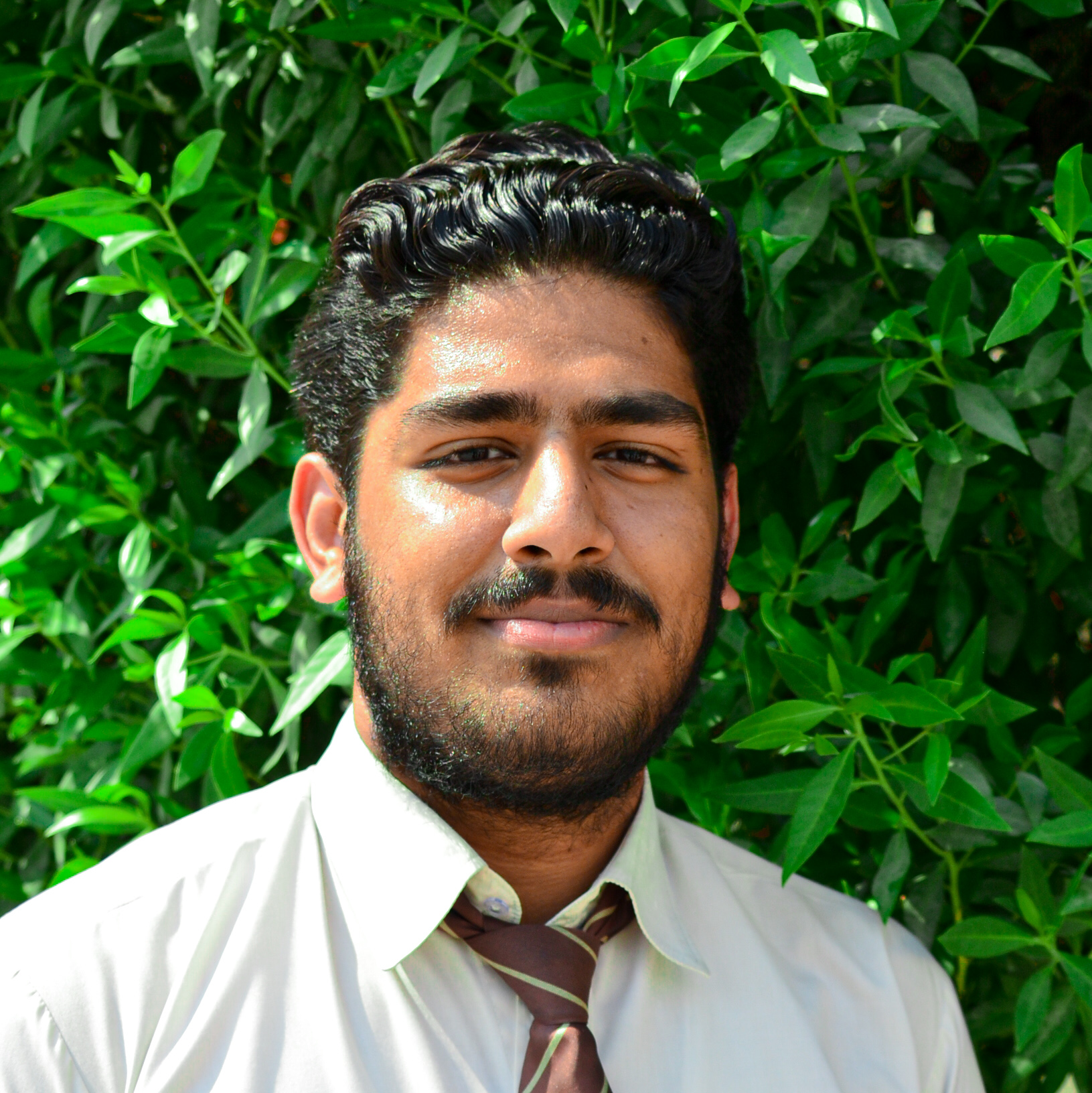 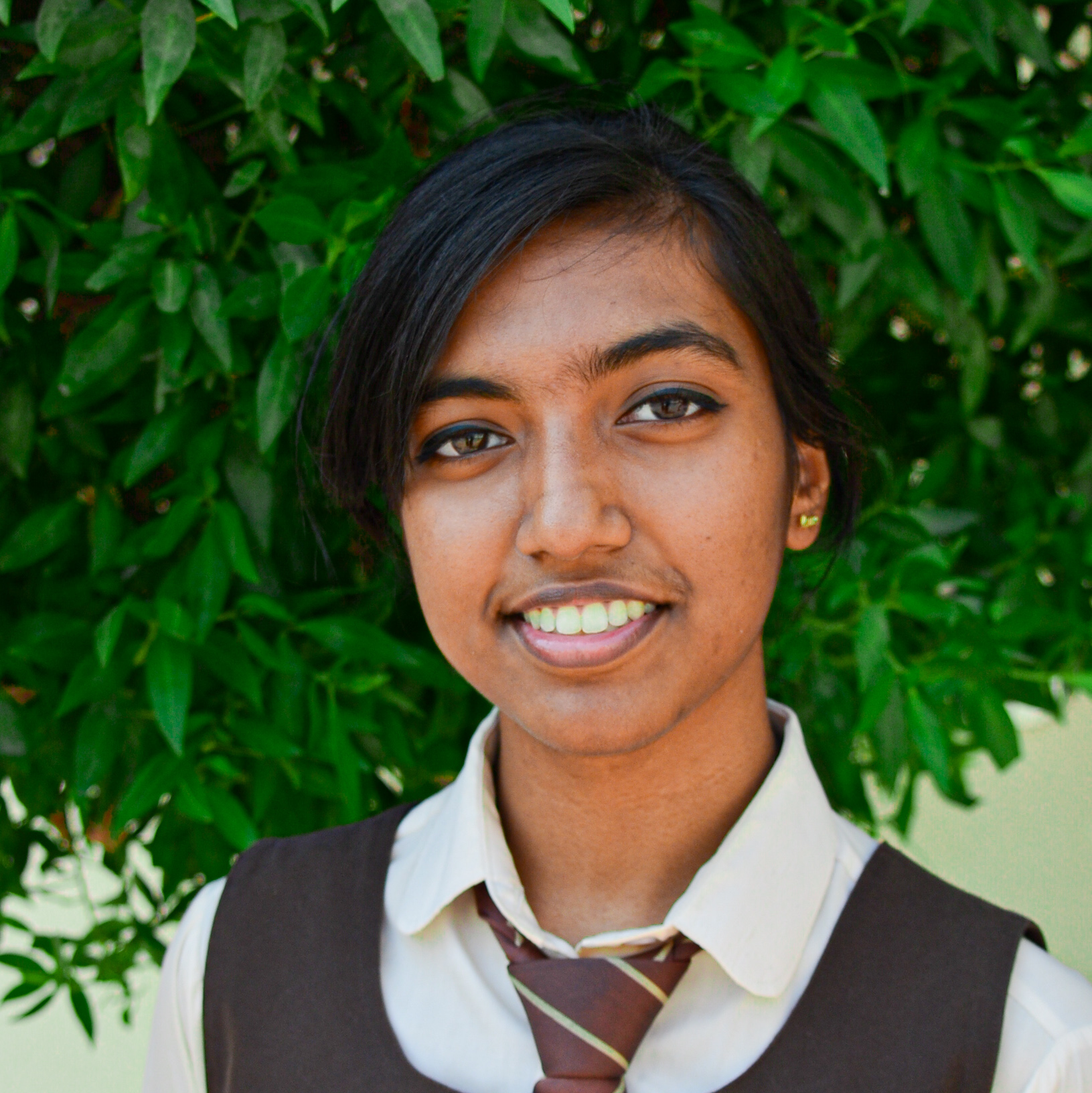 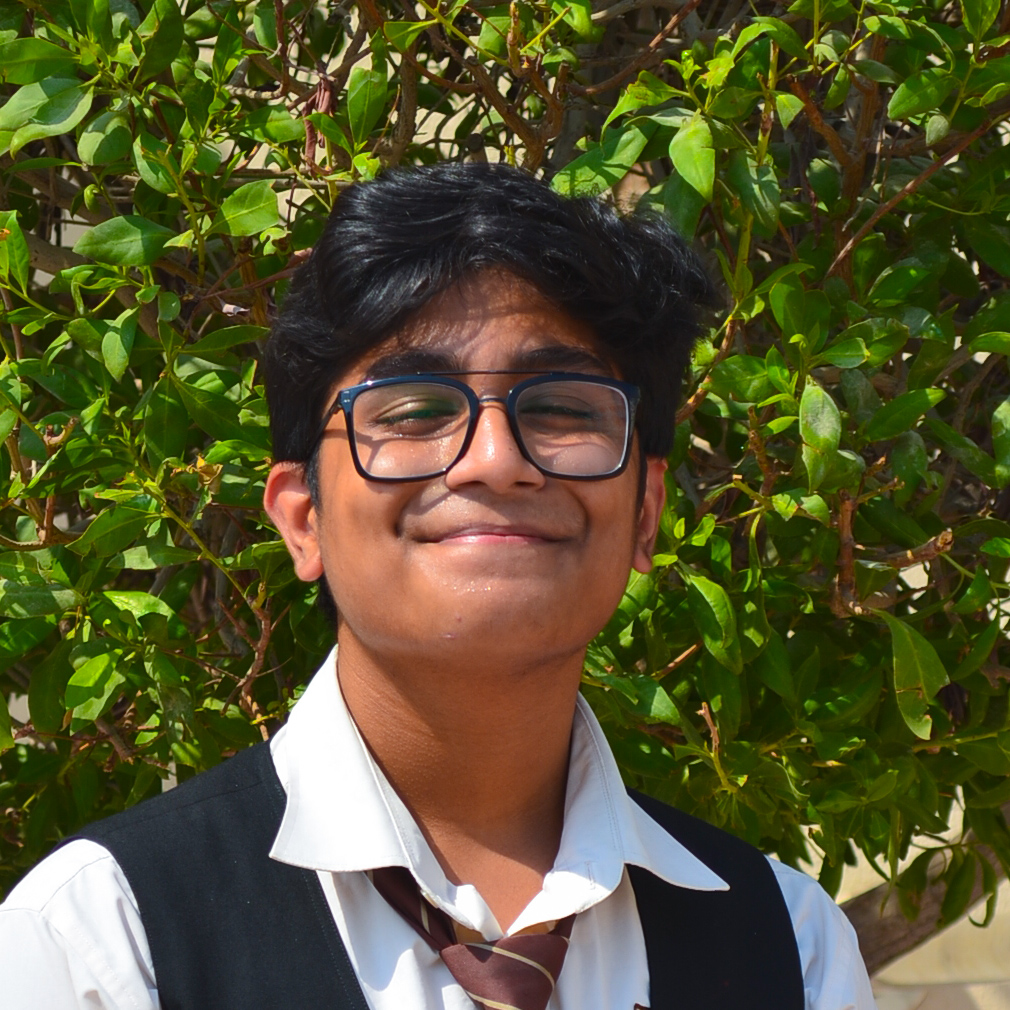 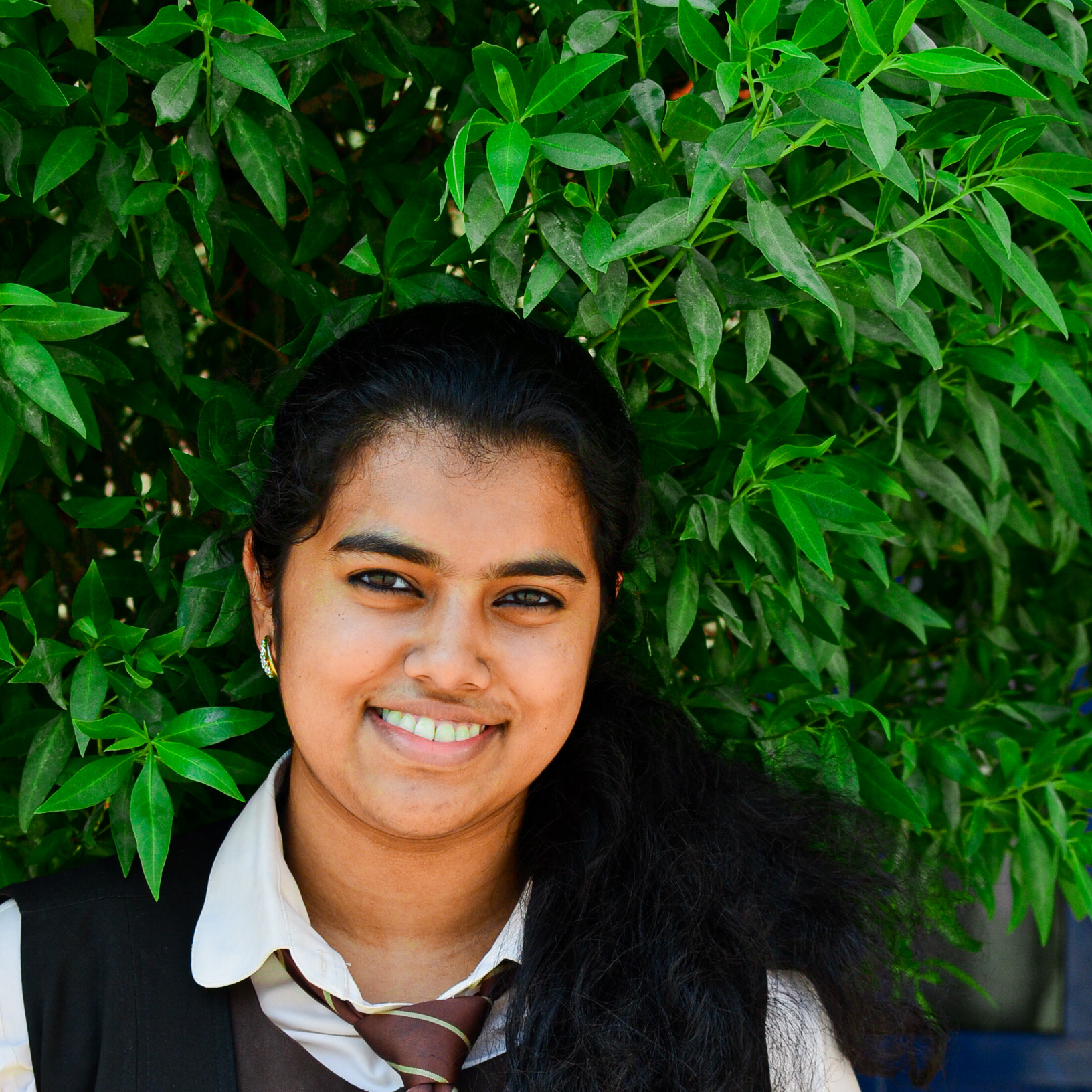 Get the official NewMUN Invitation!! here

Your message has been sent. Thank you!

Designed and Developed with ♥ by

This Website is Open Source!
Students may learn HTML5, JavaScript and CSS Stylesheets from the source code.